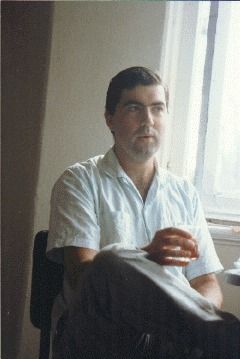 Share photo gallery
"Furious Day" was the name of Rich Turnbull's first "solo" project, which with the acquisition of a four track cassette recorder in late 1987 and allowed him to record a surplus of songs that weren't used for "Big Fence" (especially since both John Tanzer and Pete Pedulla wrote songs for Big Fence. For awhile there was song writing equally in the band, though no one was all that happy about it). For example, some Furious Day songs..."Flap Flap Flap", Knowledge Of The Worm", "Loving Cup" and "Strange Gods" also became Big Fence songs. Though they were radically arranged. The project was put on hold in 1992 and never revived.