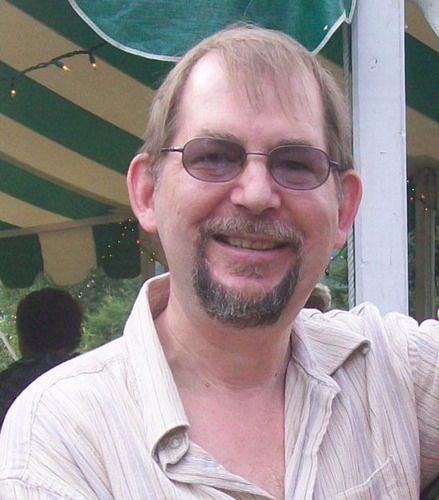 Share photo gallery
Bill Mutschler
Although he was a young trumpet player
who toured Austria as a teen,
Bill Mutschler's music career began with
Trenton area favorite Again and Again and Again,
having called them up during a radio interview
to offer a slide show.
He also added incidental trumpet
and keyboards for the band.
From there,
he created a larger visual show for cult dance
Experimental Products,
whose "Glowing in the Dark"
reached the dance charts
and was also awarded a NYC Film
and TV festival medal for his work.
From one show arranged by EP's manager,
a tour with Ministry failed to materialize,
and Bill was quiet for a few years
before doing pioneering VJ work with surviving
Experimental Products synthesist Michael Gross,
performing together as Experimental Cafe.
In 1995, Mutschler produced a live video
and CD set for
legendary keyboardist Patrick Moraz,
of Yes and Moody Blues fame.
The video was later re-released
as a DVD by UK's Voiceprint.
In 2004, Bill lived his dream
by performing all keyboards
on his self released "Advance to Peak",
working under the name of
Northern Lights eXperience,
and releasing it at Phish's
first farewell show in Coventry Vermont.
Joining with bandmates from
Again and Again and Again,
he added keyboards to a new single from the band,
"Forgiven" in 2009
For Additional Information About
Bill Mutschler 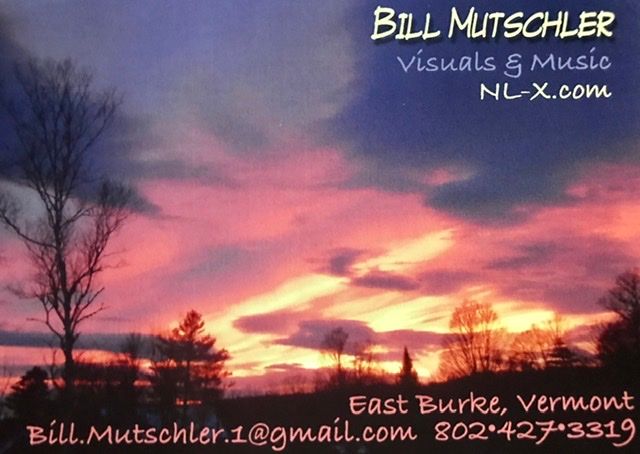 "Fields" started as a travelogue across the world in nature, while also expressing the interconnectedness of fields in quantum physics. I let it gestate slowly, as in the past I have gotten so absorbed into a creative flow and lose touch with day to day matters. "Savannah" is an African trek, while "Naiad" explores water spirits. But, as things

"Fields" started as a travelogue across the world in nature, while also expressing the interconnectedness of fields in quantum physics. I let it gestate slowly, as in the past I have gotten so absorbed into a creative flow and lose touch with day to day matters. "Savannah" is an African trek, while "Naiad" explores water spirits. But, as things do, it took on its own course.

Improvisation is here in big doses. Flow is an improvisation, as is Forward. Winter Pipes is almost entirely improvisational at its heart, but I wanted to add bass lines there and through other pieces. I had put aside "Snowbound" as being too dark, but when I opened it late in the game while doing final edits, I felt it polished up quite nicely. I joke that it is the soundtrack to a cyber-punk sequel of "The Shining". The mid to final third hints at the heavy sequencer work I plan for some of the next CD.

Soon thereafter, I was addressing a long trance improv, and thought, hmm, if I cut the length of measures, add some drums...I got the jazz tinged "Blue Chance". It has that loose, jazz duo feel.

Being instrumental, they are in some ways cinematic. As the temperature dropped and snow falls and squalls hit the past few days, I'm reminded of the image of a small New England church in winter, from which "Winter Pipes" is playing.

I strive to evolve in many ways. While not perfect, I am pleased with the tone and tones of this collection. I hope you find some enjoyment in it. More another day.

Bill's first musical work was from calling up Again&Again&Again during an interview on WPRB-Princeton to offer a slide show for concerts. He later added occasional trumpet parts live or in the studio. The band played widely from NJ to NYC including City Gardens, CBGBs, and several other notable clubs of the era.

Mutschler later won an International Film & TV Festival-NYC medal for his staging visuals during concerts of the seminal electronic band "Experimental Products". (Most likely the youngest individual recipient that year, or perhaps ever.) He was invited by Al Jourgensen of Ministry to provide visuals for a super-group tour that would have included Jah Wobble, Luc van Acker, and "two crazy German percussionists". Al's label opted not to fund that dream.

In 1995, he produced the "PM in Princeton" DVD/CD for famed keyboardist Patrick Moraz of Yes and the Moody Blues. For this, he was invited to join the Recording Academy (Grammy's) as a technical member.

He sold his copies of Experimental Products' "Prototype" for $500 each and bought his initial set up. Self-taught, he started writing music after reading initial chapters of the Reason manual. His first CD "Advance to Peak" was released at the infamously wet, first farewell concert of Phish, in Coventry, Vermont. (He did have a music background--First trumpet in his high school's jazz and concert bands. These bands included both Michael Hausman--drummer from 'Til Tuesday, and Thomas F. Wilson--who played "Biff" in the "Back to the Future" movies). He later took 3 months of piano lessons, in case he had to play the CD live.

"Atmosphere" was released in 2012, getting favorable reviews from both Moraz and guitarist Ryche Chlanda (former Fireballet, Renaissance, plus once and current Nektar guitarist). The most popular song was "Ellen", based on the character from the original vampire movie, "Nosferatu". For his third release, he scrapped sessions from 2016 and 2017 and set about recording slowly over time. These sessions went from mid 2018-December, 2019.

The DAW (Digital Audio Workstation) software used is Reason, augmented by an arsenal of third-party plug-in instruments from around the world—especially Germany, northern Europe, and not forgetting the US.

He gradually worked up to an Impact LX88+ MIDI keyboard. He used a dual monitor, I7-6700 Windows desktop with 24 GB of RAM, plus external 2 and 8 Terabyte USB 3.0 drives for libraries and backup in creating this CD.

With "Fields" now complete, he is transitioning to an Alienware Aurora r8 with an I7-9700K processor, liquid and air cooling, dual SSD drives, with 32 GB RAM. He sold his Silver Surfer #1 comic book, joking that he traded one alien for another.

His goal for completion of the fourth NL-X CD is 18 months (give or take 6). It will take the energy level up a notch, will have at least one vocal song, a dance track, and maybe even a cover song. Guest artists? It's possible. Several songs are already in early stages.

He was an early Mac video pioneer--and still has one in his office--but moved his music creation to a PC in 2012.

The New C.D. by "Bill Mutschler and Northern Lights eXperience" 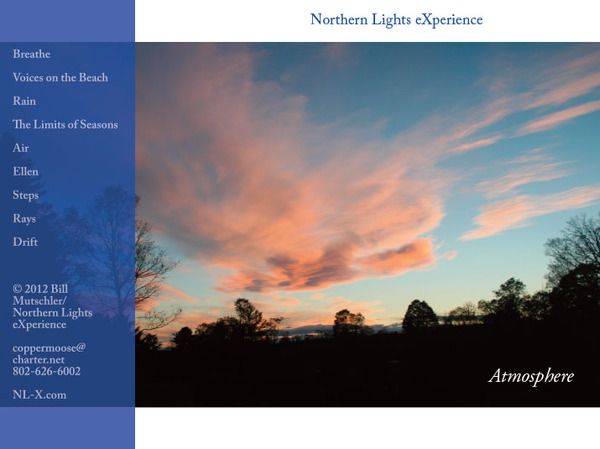